My husband Chris and I live in the southern end of California’s Mother Lode region. There is a lot of Gold Rush history here of which my husband is an avid buff.  As mentioned several times in this blog, he is not an avid hiker. He’d rather bike ride, play a game, take a nap or anything else. However, one afternoon he mentioned hiking.

He had read an article in our local newspaper about the historic ghost town of Mount Ophir.  According to the article, “In the 1850s, the Mount Ophir Mine…produced more than $300,000 in gold.” [That’s over eleven million dollars in today’s money.] —Kirzan, Tony. “Out and About.” Mariposa Gazette, February 17, 2022

So, after church, walking the dog, yard work, and chatting with a neighbor, we drove to the Mount Ophir Mine located near the town of Bear Valley. It was nearly noon but even with a late start, was still cool outside. The article warned that we should go early because in 2017 all shade cover burned during the Detwiler fire. The upside is that the fire exposed much of the original diggings.

From the ECV plaque sitting at the trailhead, we learned that the town had a 12-stamp mill, a store, post office, assay office, a blacksmith, and a sawmill. The newspaper article mentioned hotels and cabins and a population of 5,000.

Quickly into the hike we came upon what’s left of the slate walls of the Mount Ophir Trabucco store.

We searched and never found ruins of the Mount Ophir Assay Office. Legend has it that John L. Moffat (partner in the Mining Company that had formed in 1851 after the discovery of gold there) minted 8-sided gold coins on-site with his name on them. That would be prior to the establishment of the San Francisco Mint making Mount Ophir the first Mint in California.  However, I have also read that Moffat never minted at Mount Ophir but his association with the Assay Office gave the impression that he did. It’s an unsolved mystery. 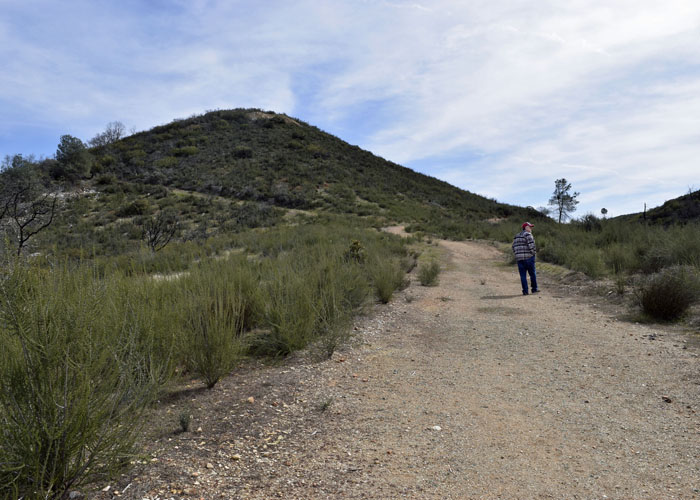 Passing the ruins, we continued uphill to a fork in the road. Most wooden trail signs were destroyed in the fire. Only a few remain. We chose the Mineshaft Road since its name implied mineshafts. 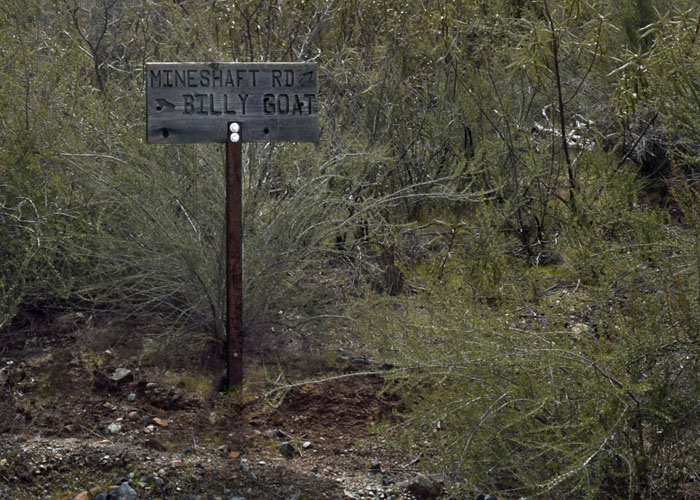 As we trudged uphill, something glittery below caught our eye.

Bushwhacking through spiny burnt stalks—have I mentioned yet that I was loving this?— we found only white quartz and hard rock.

Reconnecting with the wide path that twisted and turned through the verdant hills, we came to a flat area and a mound of mine tailings. 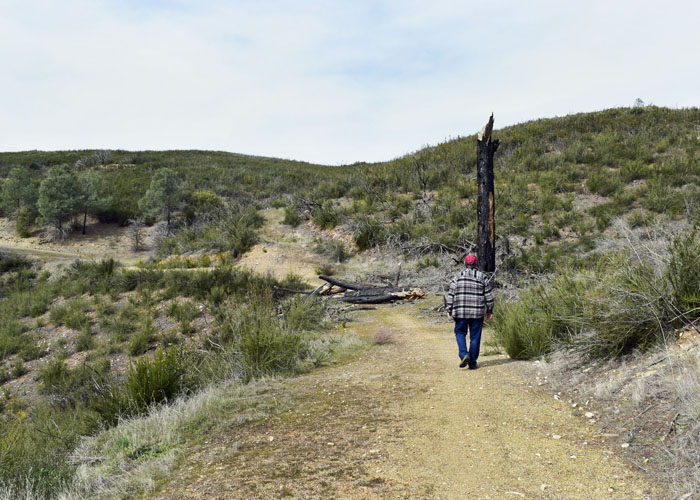 This must have been the site of the stamp mill. We searched but still couldn’t find a mine shaft. 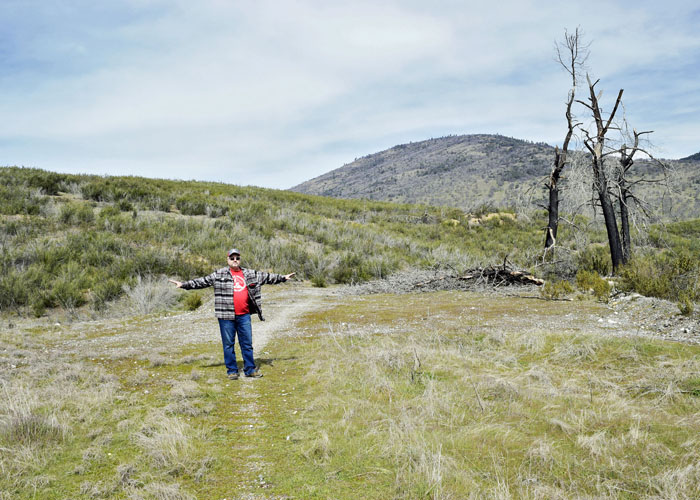 Leaving the interesting site, we continued our stroll through the rolling hills.  We were having such a good time, but our tummies told us it was well beyond lunchtime. 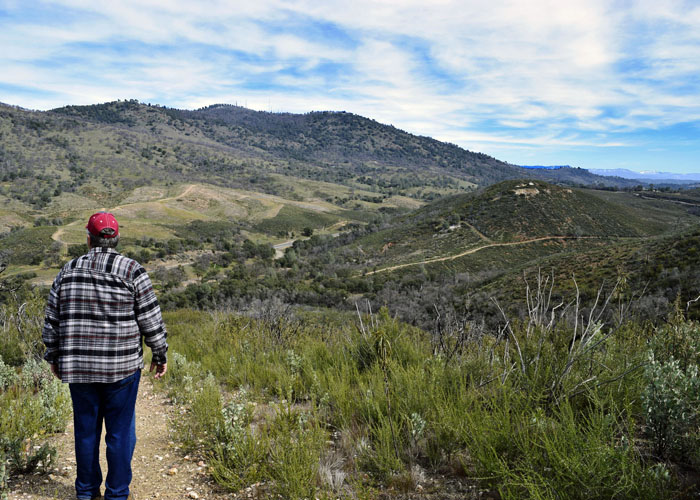 We finished the hike and headed home, excited about coming back to explore. It turns out, if there is 1800’s gold mining history connected to a hike, Chris digs it.

2 thoughts on “Mount Ophir, Part I”