Just outside of Yosemite’s border lies a flat trail that meanders east and west alongside the Merced River. 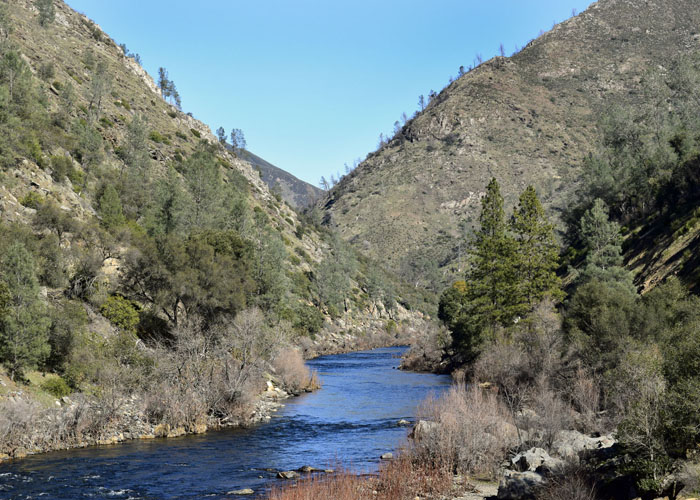 On a sunny winter afternoon, my sister and I headed out for a short walk along this path.  The trailhead was just beyond the wire cable suspension bridge known as Briceburg Bridge or the lesser-known name Bull Creek Road Bridge.

Re-construction of this “new bridge” began in 1937 where steel beams were used instead of wooden trusses.  In 1997, the bridge was damaged (then repaired) following a flood where the river rose four feet above its deck. 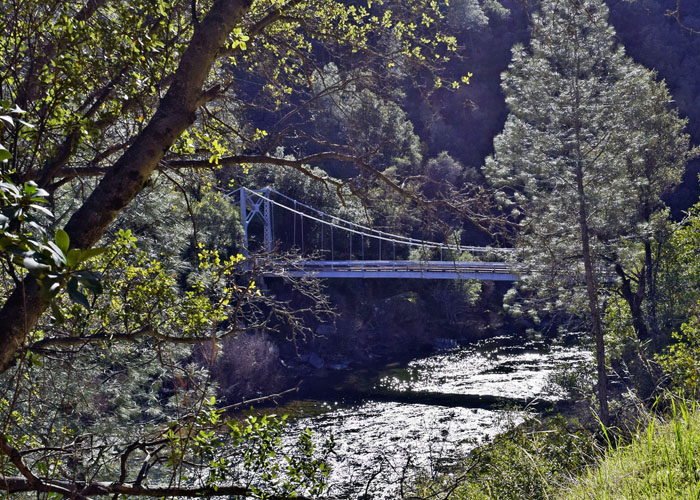 Once across the bridge, we began our walk.  Being that it was such a spring-like afternoon, we half expected to see wildflowers sprouting.  There were no wildflowers of course, nor did we see any newts as the sign suggested. 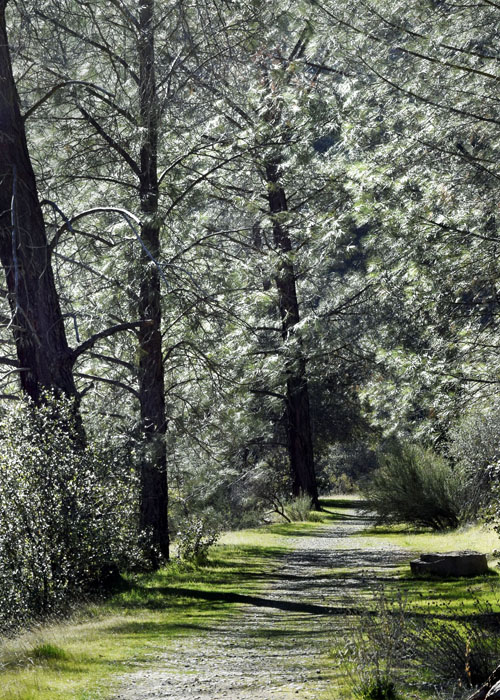 Remnants of that bygone era can be seen on the trail. 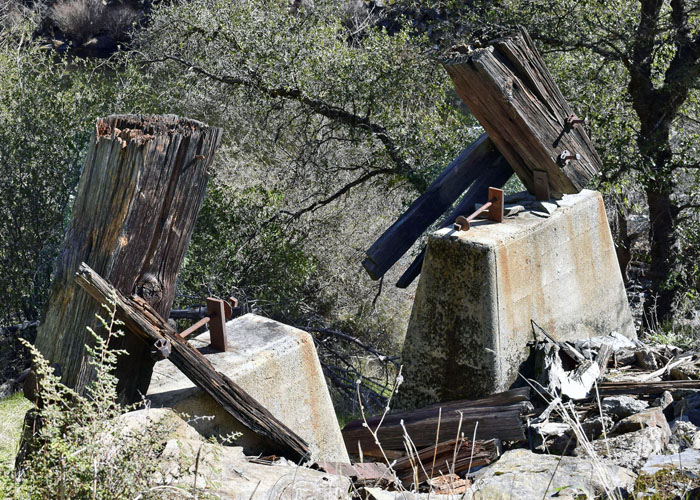 Below the trail, the river looked inviting.  Swimming in summertime is a delightful way to cool off.  My family and I do it often.  But you’d need a wetsuit in winter if you wanted to get in. 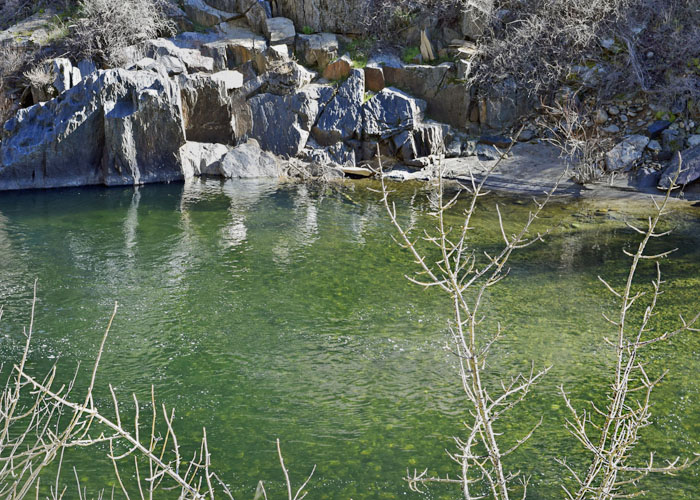 We walked only a short distance through the canyon passing families, like us, who were out on a Sunday stroll.

We’ll be back in spring to see the wildflowers bloom.