Morning dawned in a blaze of sunshine and heat.  It was Independence Day eve.  Chris and I with Maria and Andy were heading to Yosemite National Park.  There are four official toll entrances into the park, plus a few alternate routes—some of which require hiking in, others are drivable.  To bypass the holiday crowd we entered via an old 1870’s stage road leading from Mariposa to Wawona called Chowchilla Mountain Road.  CAUTION:  Do not attempt to enter this way unless you have a high clearance, four-wheel drive vehicle.

Winter had wreaked havoc on the dusty road.  It was slow going.  Chris had to straddle the truck over dozens of two-foot deep ruts.  From the front seat, Andy watched the GPS and made sure we stayed on the correct path.  He admired the beautiful surroundings we passed through while Maria and I, with jangled nerves, clung to the chicken-handles in the backseat.  We tried to keep calm as the truck bumped over large rocks and sloshed through a muddy pool of water.  It was a wild, hour-long ride that afforded us a grand vista at the summit.  Finally, the road descended into the nine hole Wawona Golf Course, now called Big Trees Lodge Golf Course, our destination.

Chris and Andy played a round at half price because the course was in such poor condition.  After the wet winter we had, this was the first day it was open for play.

While they played, Maria and I hiked the Wawona Meadow Loop trail.

This trail was the very first Yosemite hike with Andrew as my hiking partner seven years ago.  We spent that summer hiking and fishing all over Yosemite.  Here’s an excerpt from my journal:

June 21, 2010:  Andrew and I visited our local bookshop and bought “Day Hikes in Yosemite Park” and “Yosemite Trout Fishing”.  Let the adventures begin.

June 22, 2010:  Wawona Meadow Loop, Hike #1: We finished the hike quickly.  It seemed longer to drive to Wawona than what we walked on the trail.  Afterwards we walked around the Wawona Hotel and the Golf Pro Shop, then took another hike just down the road.  Hike #2: Swinging Bridge Trail: An easy hike.  No one was on the trail except for us and two noisy, playful foxes.  It was strange walking across the bridge that moved with each step we took.  There was nothing between us and the whitewater cascades but a cable. 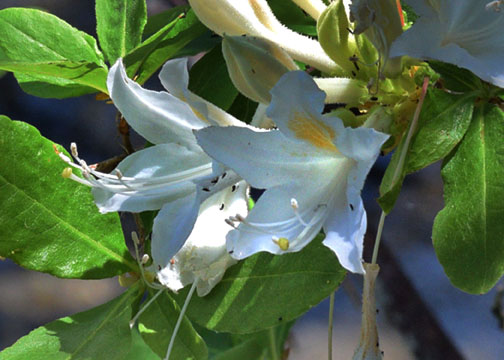 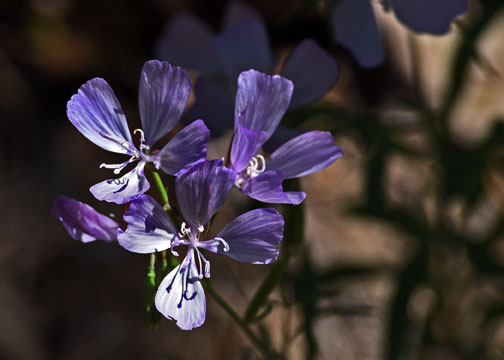 Savoring the hushed quiet of the forest, Maria and I sauntered along the footpath admiring the flora and fauna, finishing the meadow hike just as the guys completed their round of golf.

Together the four of us picnicked in the shade then, reminiscent of 2010, hiked out to Swinging Bridge.

That morning we were jostled on the off-road adventure, and then again in the afternoon as we crossed the unsteady bridge.  With that in mind, we left Yosemite through an official paved exit for a smooth ride home.