It was the end of summer, possibly the last of the good weather.  I headed into Yosemite National Park for an end-of-the-season hike out to North Dome.  The morning was cold, a sign that fall was upon us. 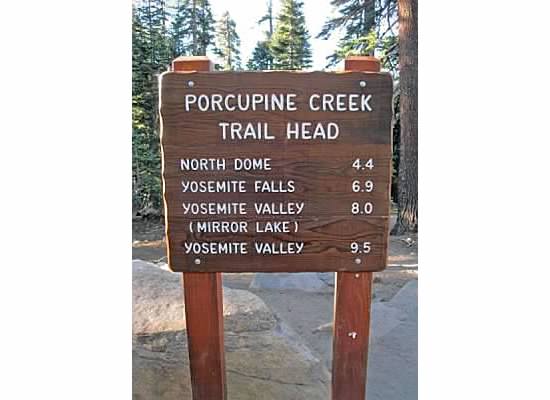 There were many cars parked near the trailhead.  I expected to see lots of hikers, but was alone on the trail.  An eroded asphalt path led downhill through the former site of Porcupine Creek campground. 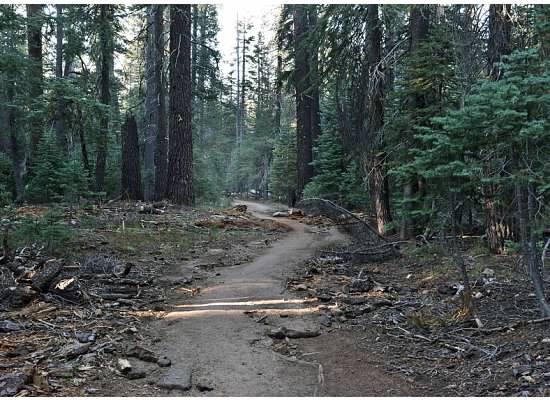 The forest was filled with dead trees of varying degree.  Some had tumbled to the ground, others were brown and brittle but still standing. 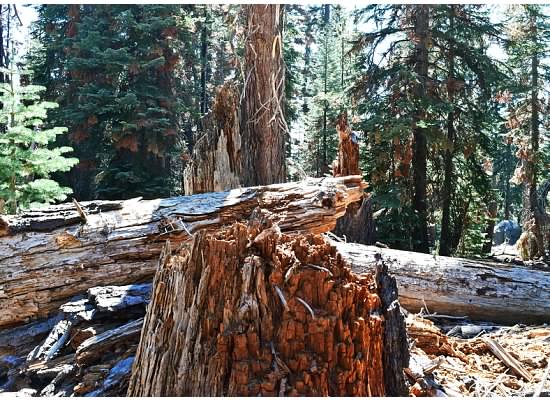 It was cluttered and chaotic with a clear cut path that looked like someone had swept it clean.  With each breath of wind the trees creaked and groaned.

Pinecones high in the treetops crashed to the ground, one missing my head by a hair. 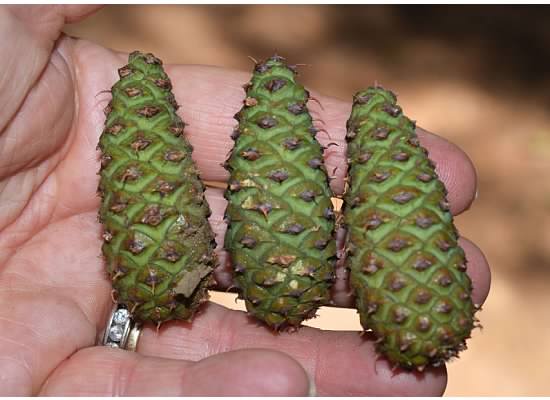 Playful squirrels chased each other spiraling up and down trees and zigzagging across the trail. 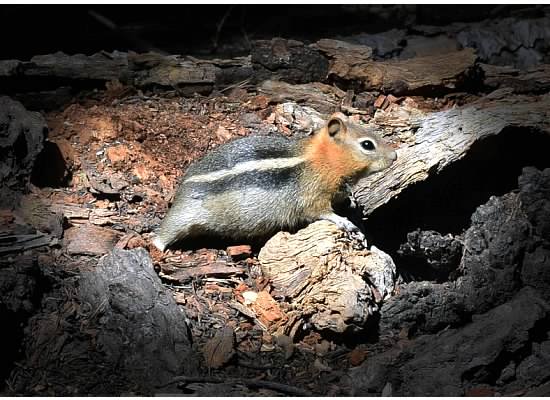 I crossed Porcupine Creek and Snow Creek, neither holding much water.  A search of the arid stream beds found summer’s last flowers barely hanging on. 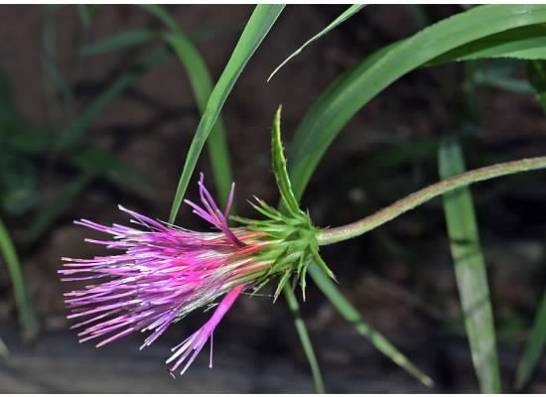 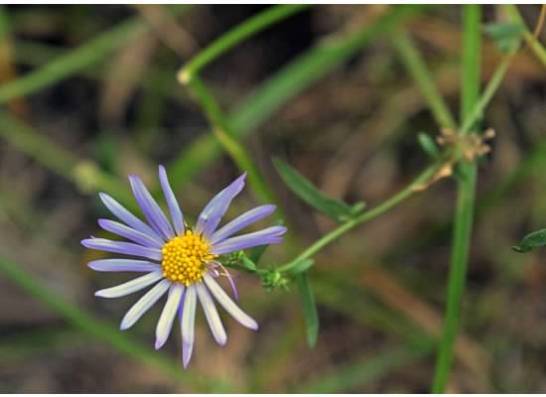 While shooting a photo of the trail, a person popped into the frame.  I looked up from the viewfinder and he was gone.

I made my way to where the hiker was standing.  A large tree had fallen onto the trail knocking its bark everywhere.  The area was bathed in the scent of pine.  Fresh branches and pine needles camouflaged the trail.  The hiker told me the tree was not there earlier.  When it fell, it broke into seven sections covering the trail causing him to think he was heading in the wrong direction.

Enter at your own risk would be an appropriate warning for the trail thus far.  I made my way over the mess and headed towards North Dome detouring at Indian Rock.

The arch spans 20 feet and is just over a foot thick at its thinnest.

Leaving Indian Rock, I continued through Indian Ridge out to North Dome.  The wind blew in gusts on the granite dome.  I sat in the shade of a tree that grew straight out of the rock.

The Indian name of North Dome was Tokoya.  It meant “round basket used in gathering acorns.”  Directly across from North Dome is Half Dome whose early name was “South Dome.”

The first time I hiked to North Dome was five years ago with Andrew.  Not much changed on the trail except for the myriad of dead trees enroute.  Leaving the dome, I retraced my steps through the unpredictable forest and returned to the car.

Days are getting shorter and prime hiking season is coming to a close.  It was a good summer filled with trips to new destinations as well as hikes to familiar favorites.  I look forward to cooler weather and kicking up leaves this autumn while out on the trails.

15 thoughts on “Enter at Your Own Risk”